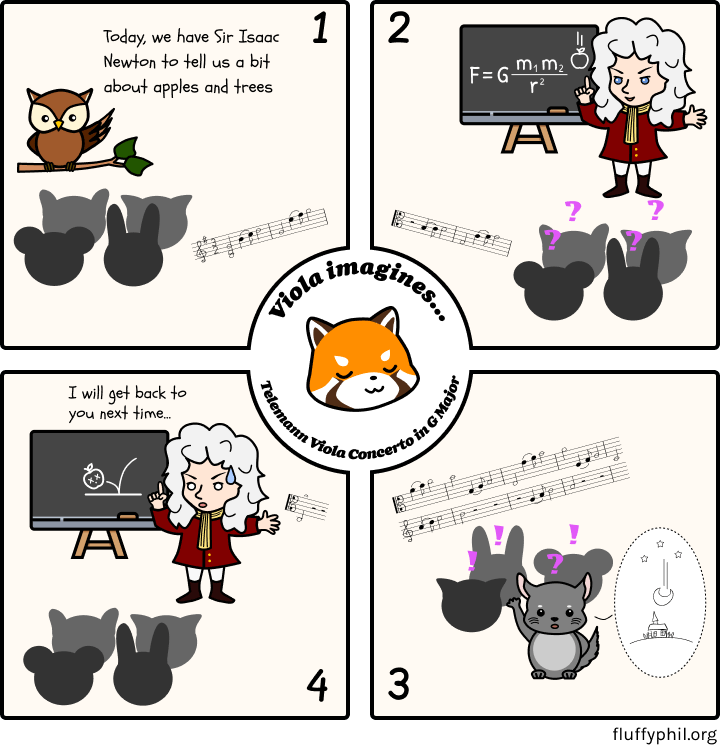 Georg Philipp Telemann was a German composer in the Baroque period. He was good friends with Bach, who was 4 years younger. A little further away in Venice, there was Antonio Vivaldi, who was 3 years his senior.

Telemann was not born into a musical family. His father died early, and his mother did not support his pursuit of a career in music, as such, he was nearly completely self-taught. Up until college he was still studying law, but eventually chose to pursue music. He went on to become one of the most prolific composers in history.

Another interesting read about Telemann is his autobiography. In fact, he wrote three of them, each being rather brief. This one is only a few pages long, where he talked about major life events and listed out the pieces he wrote.

Telemann was also a printer. He started a printing business and published music for himself and his friends such as Bach and Handel. At the beginning of his entrepreneurship, he did everything by himself, including engraving the types and marketing!

This concerto is the first viola concerto that we know of. Research indicates that the violin family of instruments were invented to mimic the human voice. Violins were sopranos, cellos were bass, and the violas corresponded to the altos and tenors. Violas were not traditionally meant to be solo instruments. But Telemann wrote a concerto for it anyway.

What made him do this? Was it because he liked the instrument? Was it because he wanted a particular tone? We will never know. Whatever it is, however, Telemann does strike us as someone who would go about writing a viola concerto even if no one else had. He also wrote concertos for recorders. In fact, he wrote many of them 😆

What did Telemann have in mind when he wrote the concerto? We will never know either. Telemann did not explicitly state how he meant the piece to be played. Musicians are to present their own interpretations. Here's Viola's version of the 1st movement, what is yours?

View the musical score for the Viola Concerto. If you want to be more hardcore, you can check out the manuscript version of the score, and see if you have any interesting discoveries.